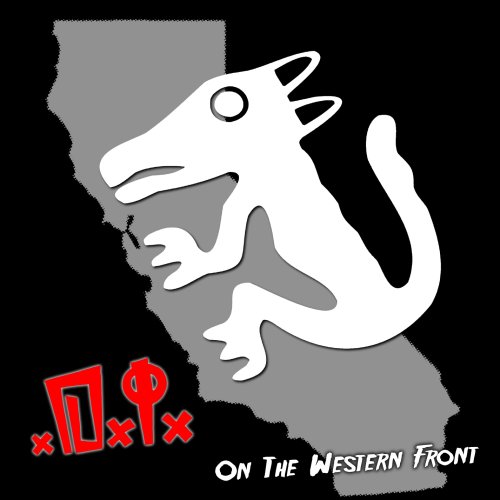 Coming out of the streets of Fullerton, California, D.I. was formed in a studio behind a pawn shop back in 1983. D.I. originator, Casey Royer was the co-founder of Social Distortion in 1977 and then later joined the Adolescents before D.I. was born. D.I. was recently featured performing on the popular Discover Channel TV show Monster Garage who's host Jesse James is a big fan of the band. This new album follows closely their classic sound with an updated twist.

Former Adolescents drummer Casey Royer returns with the band he fronts, Orange County stalwarts D.I. And it's a raucous, yet oddly disciplined,catchy disc. "On The Western Front" is full of fire. Great lyrics, an unbelievably tight rhythm section, and guitars reminiscent of former D.I. legend Rikk Agnew. This record is on par with classics by Social Distortion, the aforementioned Adolescents, Agent Orange, TSOL, et 'al.