Evans Blue is on the road now in support of their new album, evans|blue, which is available on iTunes and through their online merch stores, Storenvy and Maple Merch. The "Sunshine and Boobies" 2009 Tour features their Sounds+Sights labelmates Rains as direct support and takes the two bands across the US and back between now and July 4th. The resulting live show is one of the hottest tickets of the summer.

When asked what fans can expect from the new tour, E|B guitarist Parker Lauzon simply replied, “Nothing less than 100% intensity!” Singer Chandler elaborated, “Definitely expect to see ENERGY! I’ve always been a fan of seeing bands connect and have fun on stage.” Evans Blue has evolved, and these five musicians are stronger than ever and ready to take the band to a higher level.

Chandler continues, “I think you just click with some people, and in this case it really feels like there’s a mutual respect for everyone in the group. It feels like I have known these guys longer than I have!” Once broken, the pieces of the Evans Blue puzzle have fallen into place, giving way to the big picture…the best is yet to come.

Evans Blue hit 1 on the Billboard Heatseekers chart in 2006 with The Melody and the Energetic Nature of Volume, which spawned the Top 5 Active Rock single “Cold (But I'm Still Here).” Their second album, THE PURSUIT BEGINS WHEN THIS portrayal OF LIFE ENDS, was released in July 2007 and debuted at 44* on the Billboard Top 200. Since then, the two albums have collectively sold over 650,000 units worldwide.
Official releases 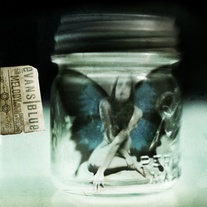 The Pursuit Begins When This Portrayal Of Life Ends (Special Edition)

Evans Blue - The Stage is Set for the Revival of an Anthem (Demo Album 2008)
The third Evans Blue album with Kevin Matisyn that have never been released
Right now
Bend
Burn
No one looks as good as you in that
Gone again
On my own
Out there
This stare
Into the sun
The main attraction at our recovery
The anthem
Look
Good enough
Download 160 kbps: ifolder | rapidshare by Lexy Rocks
Videos
evans_blue_-_cold_(but_i'm_still_here)_[promo]_(lpcm-ntsc-marquito).vob

hey guys you gotta check this out these guys are really good.

they're not good, they're awesome!!

new track available 2 listen @ myspace
and it's really awesome too...

yeah, the problem is it is not released yet

Can anybody upload an album?

'The Melody and the Energetic Nature of Volume' will be released on Feb 21.

that's over a month of waiting

yeah too long for me because they are good.
Currently Looking For:
Supe - 2009 ep
Fade - Japanese Band www.myspace.com/fadedivision1

a must for fans of Earshot, OneSideZero, Tool...

hey..any chance someone could upload this on yousendit or similar as can't get rapidshare to work....