Outloud Get Ready To Release 'Love Catastrophe' On July 22nd

Outloud will release 'Love Catastrophe', the follow-up to the band's debut 'We'll Rock You To Hell And Back Again', on July 22nd through AOR Heaven Records -- www.aorheaven.com.

The band's history dates back to the year 2004 when Outloud was founded in Athens, Greece. The debut album 'We Rock You To Hell Again' was released in August 2009 and received massive feedback from the press while reaching the Sleaze Roxx Top 10.

Outloud, having made a successful headline tour of Greece in December '09 and a companion national Greek TV appearance in front of more than one million viewers, have inked a brand new deal with AOR Heaven for their sophomore release, which was recorded in the Summer of 2010 and once again produced by Bob Katsionis and mixed and mastered by Tommy Hansen.

The band ensures a memorable performance both sonically and visually once again. The debut single/video clip "Waiting For Your Love", the anthemic "We Came To Rock", the thunderous "Live Again", the magnificent "Falling Rain", the modern sounding "Isolation Game" and the heart-wrenching ballad "Someday" are just a few of the highlights Outloud presents with their new release.

Additionally, Outloud has developed into a strong and formidable live act, with 10 headline shows already under their belt in their native country of Greece in just under a year's time including two festival headlines and spanning five different cities, and opening for Twisted Sister in Athens this Summer, the band now prepares to take to the world stage with album #2 -- entitled 'Love Catastrophe'. 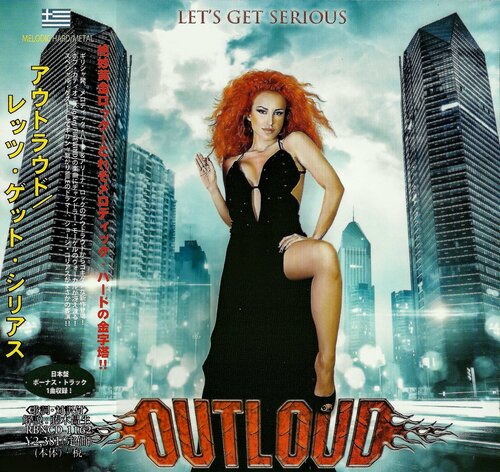