Monophonics - Into The Infrasounds (2010)

Monophonics is a prime example of the talent spewing forth from the streets of San Francisco and the musical standards set by the Bay Area for many decades. Since forming in 2005, Monophonics has become the hottest funk band in the Bay Area with their retro sound, style, and approach stemming from the late 1960’s and 1970’s. Winners of SF Weekly’s “Best of the Bay” Award for Funk/Soul/R&B band and featured in Relix Magazine’s “On The Rise” column, a new album and tour will ensure that 2010 is the breakout year for the band.
On September 25, 2010, Monophonics will headline The Independent in San Francisco to celebrate the release of their second full-length album, which features guest performances by Karl Denson (Greyboy Allstars, Karl Denson’s Tiny Universe), Mic Gillette (Tower of Power) and Jonathan Korty (Vinyl). Joining Monophonics will be soul-rock band Grillade and DJ Colt 45.
Since releasing their debut album “Playin and Simple” in September 2007, the band’s popularity has grown thanks to performances at such major festivals as New Orleans Jazz Fest, High Sierra Music Festival, Joshua Tree Music Festival and Las Tortugas Festival. Members of the band also appear on The New Mastersounds’ album, “Live in San Francisco.”
“Monophonics has been stirring quite the buzz throughout the bay area over the last few years with their organic seven piece funk out fit that sends the dance floor into a fury with their horn section that never disappoints.”

Monophonics - Into The Infrasound (2010)

Monophonics - Into The Infrasounds (2010)

Release Notes:
The new record from San Francisco based band Monophonics
entitled "In Your Brain" sits on the fuzzy psych side of
soul and funk. Paying homage to innovators such as Sly
Stone, Norman Whitfield and Funkedelic's George Clinton, the
6 piece outfit displays their ability to put a moody stamp
on each composition. Touching on everything from cinematic
soul, heavy funk, 60's rock and spaghetti western laced with
yellow sunshine acid, the album is sure to leave you tuned
in and turned on!

With a new sound and a do it yourself attitude towards
making records, Monophonics' guitarist Ian McDonald and
keyboardist/vocalist Kelly Finnigan took on the duties of
engineering and producing. Finding influence and gear advice
from Orgone's Sergio Rios as well as articles from Daptone's
Gabe Roth and Shawn Lee, they purchased an 8-track 1/4 inch
tape machine, vintage microphones, spring reverbs and tape
delays and dug into Finnigan's basement in SF. "Half the
battle making records in this genre is tone and vibe, we
have figured out over the years that it might be the
simplest written song but with the right production it can
become timeless" explains McDonald.
ifolder / unibytes / gigabase / share4web / turbobit

Monophonics - In Your Brain could some one please re-up this? 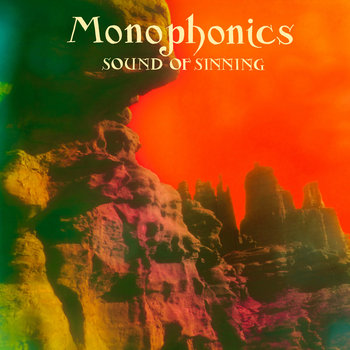 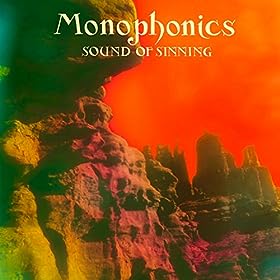