Shape of Broad Minds - Craft of the Lost Art 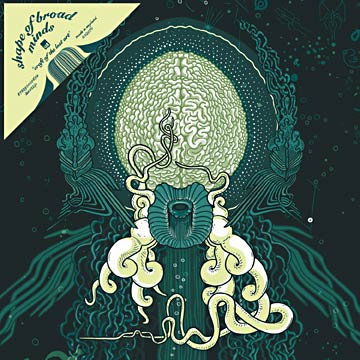 Это сообщение отредактировал Lord Quas - 26.08.07 в 14:11
Oh, and on the off chance there are any astronomy aficionados amongst you, the North Star is that one.

i have no idea why you need rapidshare link but here you go..

The hip hop scene has rarely been able to get its collective head around 'futuristic' music, with hip hop purists telling the world that to be true, you had to be old skool. People were listening too, and when artists have broken boundaries, say Anti Pop Consortium, or Company Flow, the mainstream has frowned and shied away and die hard hip hoppers the world over have gone back to their hallowed collection of Pete Rock and CL Smooth 12"s in response, burying their head in music that's now over 20 years old. That brings us neatly into 2007, a time when hip hop seems to fall into either the mainstream (Jaz-Z, Usher etc) or pretentious sh*t, with what was previously known as the underground belching out almost nothing of interest. Of course there are exceptions - Clipse for instance, or much of the Stones Throw label, but great albums are few and far between, and wanton experimentation is looked upon with disdain. This is where we get to Lex, a label responsible for the best hip hop album of the year so far with this astonishing debut full-length from Shape of Broad Minds. Building on the promise of the five-piece's debut 'Blue Experience' EP, 'Craft of the Lost Art' shows that you can be future facing while keeping the very essence of hip hop intact. While the band's vision of the future may have been pillaged from Buck Rogers (all theramins and wonky synthesizers) they have managed to come up with a sound which sums up exactly where hip hop should be headed. This is fun music, first and foremost, but it's smart too - there are references that go far beyond the simple jazz samples and clipped beats of so much of the genre, and in the press release I see that the band's core five members of frontman Jneiro Jarel, multi-instrumentalist Jawwaad, Roque Wun, rapper Panama Black and super producer Dr. Who Dat have influences spanning from classic rap to new wave and free jazz, something that's evident in almost every cut on the album. It sounds at times like you're listening to a mixtape of your favourite hip hop acapellas layered over some truly unusual psychedelic instrumentals, there's not a beat on here that doesn't sound totally fresh and every single flow is delivered with confidence and skill, none of the sloppiness that seems to masquerade as rapping at the moment. Also worth noting is that the group have managed to accrue quite a team of guest talent - cult rapper MF Doom, Count Bass D, Lil' Sci, and Madlib collaborator Stacy Epps and soul singer Deborah Jordan and nothing feels out of place or forced, something all too evident on hip hop albums with a plethora of guests making up for a lack of available talent. Stunning from beginning to end, and an absolute killer from Lex - Essential Purchase!

Jneiro Jarel is going on tour in Europe with his group Shape of Broad Minds.