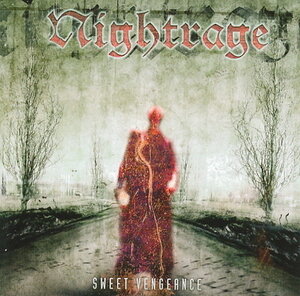 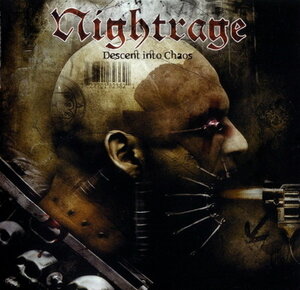 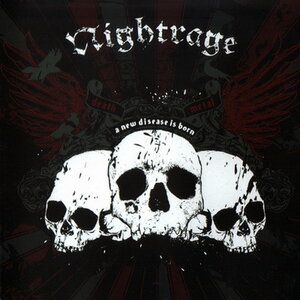 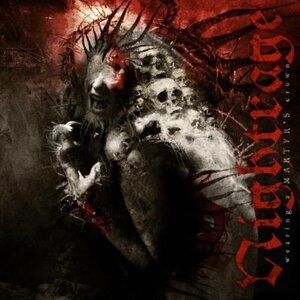 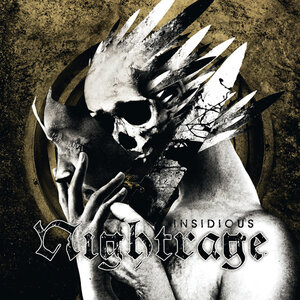 Just to starting of with a rather bold statement: Melodic Death Metal doesn’t get any better than this. Descent into chaos is the second album from nightrage, an album loads of fans have waited for for almost two years. After their Debut ‘Sweet Vengeance’, which was praised in every review, Nightrage continues living up to the high standard they set for themselves in the beginning. Descent Into Chaos is a mindblowing album, with musical constructions that makes shivers run down your spine.

Already from the beginning you get blown away by the rage that is ‘Being Nothing’, After this perfect opening that sets the tone for the rest of the album, slower tracks are alternated with more brutal material, giving you some time to breathe just at the right moment. ‘Silent Solitude’ is a more accessible track on the album which I really like, and an instrumental song that really needs to be mentioned is ‘Solus’, because it gives the whole album a great athmosphere.

With Nightrage delivering yet another great album, you keep getting a bigger urge to see them live. Well since they made some line-up changes, Replacing Per (the Haunted) and Brice (Dissection) with other musicians, they are able now to perform live and act like a proper band. So keep an eye on their tour data… You do NOT want to miss out on an opportunity to witness them in full glory.

I didn't know the band before your upload here, so it was a big surprise to hear that Tomas Lindberg is doing the vocals. Makes it immediatly even a bit better

some kind of mirror is missing<_< ...link plz

yousendit only has a limit of 25dl after that expired.

Someone else that got it please load up on yousendit please