Another band that would be on Spinefarm if they were from Finland, Equilibrium is almost too heavy and loud to be Finnish, so I guess it's a good thing they're Germans. Playing a bombastic style of Viking metal in the high octane mold of Ensiferum, they throw in a lot of folk influences and more than a few epic riffs that remind, on occasion, of Moonsorrow. Make no mistake, the band is far more Ensiferum than Moonsorrow, but elements of both appear, and it wouldn't be fair to call them a ripoff of either one – They've got their own style, albeit one that draws on the patterns of other Viking metal bands that have come before them.

The disc opens with a bang, as "Wingthors Hammer" charges through the mist with riffs to remind of the best work of Ensiferum and some beautiful flute backing to match. The vocals are extremely harsh but very well emoted, and Equilibrium is fond of doing those long epic screeches that Moonsorrow are well known for. "Unter Der Eiche" (Under the Oak) follows with a soft intro before breaking into an epic orchestral section, followed by a monster riff and more epic screeching. I really hate to use the word "screeching", because that implies an annoying sound, but I can't find a better word to describe black vocals. If you've got one, let me know. "Widars Hallen" is another standout track I must mention, as beside some great riffs and a pounding, epic structure, it's got some beautiful and haunting female vocals that follow in the outro. Absolutely fantastic stuff. The disc drags a little near the end, but it isn't too bad. Hopefully next time around they'll remain mind blowing throughout, but until then this will definitely hold as a debut. The production is fantastic, with a great big guitar tone and a huge, orchestral sound. No complaints here.

Viking and folk metal fans must check this band out, as while I don't think of them as one of the best Viking metal bands of all time, some people already do after this one album. Germany is generally not the biggest country for Viking metal, but Equilibrium bucks the trend nicely with this powerful debut. They are a band to watch.

Really liked it myself, hope you do agree with me after listening to the album

Astaroth_NL
this a really really good viking BM band !!!
it's very similar to Ensiferum that I love

thx a lot dude for sharing this album on direct download

( I'm so tired with Yousendit

I RECENT UPS I SEARCH-LIST I

In the Fire of Burning Heavens, we Devour the Drowning Fools 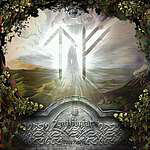 I bought the cd and it is simply amazing