It was their debut album 'Thirty Six Strings' that first harnessed the power of their passionate and well rehearsed live shows. The album was recorded by Alan O'Boyle (Decal) and released as a joint venture with French label Red F Records in 2001. It was warmly received by press and fans alike and was acclaimed 'Irish album of the year' for 2001 by the Event Guide (Dublin).

In March 2002 the band undertook their first headline European tour. In a bid to help defray tour costs they released a companion piece to 'Thirty Six Strings' in the form of an extended EP 'Cut Your Heart Off From Your Head'. Again recorded with producer Alan O'Boyle this showed the Redneck sound changing subtely. Equally receiving very favourable reviews and again being self-released the band found it difficult to keep up with the sales demands the EP placed on them.

In 2003 The Redneck Manifesto played to a capacity audience at the Witnness festival in Ireland. Also in March that year, after featuring on a number of BMX Video soundtracks and receiving much interest from the US BMX-ing community they travelled to play their first shows in the US and were a huge hit at the 2003 South by South West music festival in Texas.

In March 2005 the band travelled to France to record their third album 'I am Brazil'. The album was recorded in Black Box Studios by producer Dave Odlum. It was the first recording as a five piece and as such shows an expanded and developed sound that moves on from where 'Cut your heart off from your head' left off.

Regarded as one of Ireland's finest live bands, this innovative and resolutely independent group has bypassed the normal channels of industry hype. The successes they have achieved to date - sold-out venues and snapped-up recordings issued on their own label - have been based entirely on their own merits, hard work and a phenomenal word-of-mouth reputation.
Members:
- Mervyn Craig
- Richard Egan
- Niall Byrne
- Matthew Bolger
- Neil O'Connor

потрясающая группа!
Nothing is perfect, so I am nothing.


http://www.myspace.com/richiejape
Jape - The Monkeys In The Zoo Have More Fun Than Me 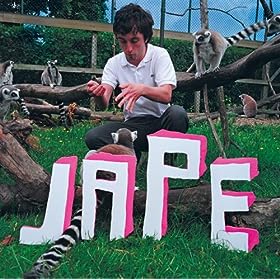 
The Redneck Manifesto - Cut Your Heart Off From Your Head

The Redneck Manifesto - I Am Brazil