NAROD
Finger's on the trigger and mind's on the plan 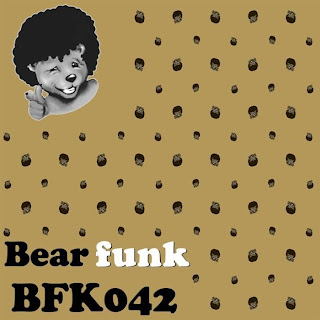 Повторите, pls, Bottin & Rodion - Galli (Give It Up) / Piazza Venezia 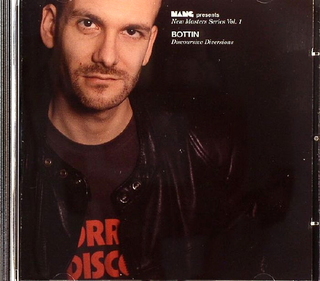 Could you please re-upload the album?

2010 has been good to Venetian producer Bottin with releases on Eskimo, Bear
Funk, Gomma and Perseo to complement remixes for the likes of Sally Shapiro,
Telonius and Ali Love as well as a mix CD for Nang Records. It's the latter who
dig into the Bottin archives (nee hard drives) and release this, the first
fruits of an old collaborative project with Swiss vocalist Joy Frempong under
the name Tinpong. "New Religion" is a skippy 140 BPM cover of the early 80s
Duran Duran standard which improves on the original by the simple virtue of
Frempong's breathy vocal delivery which is preferable to Simon Le Bon's.
Brixtonite Marcus Marr rips apart the original and reassembles the parts as a
truly impressive late night disco number, replete with a wonderfully broad
sounding bassline. Not to be outdone, L.S.B. don and general UK disco standard
Pete Herbert steps up with a delightful dub version that sets a dancefloor pace
and leaves the most lasting effect.

200 copies made, later repressed identically
Side A is an edit from Lio - Sage Comme Une Image from 1980.
Side B is a cover version of the Theme from V (original tv series).

played by: Kid Who, Marbeya Sound

Скрытый текст / Hidden text
Venetian disco master Bottin comes with the 2nd release on his newly launched TIN imprint! The first single on orange striped vinyl instantly became an object of desire for countless wax hunters. Now this is your chance to secure a copy of the follow-up single, designed by Zaven and individually screen printed by the artist himself, thus each copy is unique and is bound to become even more collectible than the previous release.
VBR b1 Speed
b2 Frisbee

Скрытый текст / Hidden text
After selling out all previous releases to elite djs and collectors worldwide, the highly mysterius Artifact imprint is back to its original aim, that is crafting obscure sonic weapons for disco ninjas!

A side 15 MINUTES is credited to Milanese crew The Love Supreme and it's a mesmerizing disco rock rework that builds up to a climax that takes no prisoners. Bottin has been playing this to massive dancefloor slaughter and has finally decided to share the blame.

On the flipside SPEED is an enthralling car chase or grand prix if you wish, with throbbing bass, lasers and Cowley-esque synth stabs, while FRISBEE is a rare italo groove, a funk gimmick topped by acid synth patterns, a latin lover voiceover and packs of sultry Italian girls chanting ''disco! disco!'' and definity getting what they are craving for.

Limited to 200 on haute couture purple latex, ready for you to wear out (if your size is 12'', that is)
VBR Can I have re-up for this? Message From The Leader/Turn On

Bottin - I Have What I Gave Please re up Cristalli_Liquidi-Canzone_Registrata-ART006-WEB-2013-BPM thanx!