Tracklist:
01. Fear And Wonder
02. Blessings Upon The Throne Of Tyranny
03. Kings Of The Carnival Creation
04. Hybrid Stigmata - The Apostasy
05. Architecture Of A Genocidal Nature
06. Puritania
07. Indoctrination
08. The Maelstrom Mephisto
09. Absolute Sole Right
10. Sympozium
11. Perfection Or Vanity
12. Burn In Hell Tracklist:
01. The Serpentine Offering
02. The Chosen Legacy
03. The Conspiracy Unfolds
04. The Sacrilegious Scorn
05. The Fallen Arises
06. The Sinister Awakening
07. The Fundamental Alienation
08. The Invaluable Darkness
09. The Foreshadowing Furnace
10. The Ancestral Fever
11. The Heretic Hammer Tracklist:
01. Masses For The New Messiah
02. Devil's Path
03. Blessings Upon The Throne Of Tyranny
04. Kings Of The Carnival Creation
05. Puritania
06. IndoctriNation 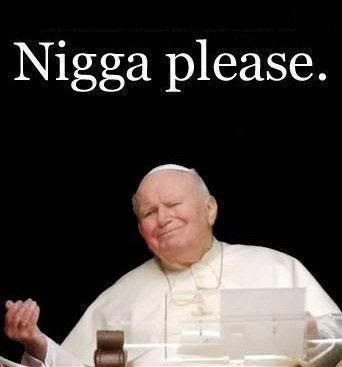 Dimmu Borgir's Silenoz on 'Eonian': 'You Tend to Get More Ambitious' Every Album

Dimmu Borgir's Silenoz was the latest guest on Full Metal Jackie's weekend radio program. After an eight-year gap, the Norwegian black metal vets have resurfaced with Eonian and the guitarist dives into the album, some of the band's history and more in the chat below.

очень много
Dimmu Borgir are back with a new album called Eonian. It's a concept album about the illusion of time.

It's not really a concept album but if you want to take it here, I'm sure you can find it as a concept album. Illusion of time is basically a keyword in many keywords that you can use to describe the album. But it's very important [to be] looked upon as a whole thing and not just separate tracks. It needs to be listened to from start to finish.

What made this kind of idea so appealing to you musically?

I think for every new album we do, naturally, we challenge ourselves. We always go out of our comfort zone and that’s not forced, luckily. That makes us pretty confident this time around as we have been able to spend as much time as we felt was needed to finish this record. We had no deadline, this time around it was definitely a good thing. So we feel very proud and confident about our new achievement.

The songs on the album were written by you, Shagrath and Galder. What's unique about the creative chemistry of the three of you working together?

I think the main thing is that we are very different as persons and as musicians as well. And once we get together with our own ideas, and mix it together in the Dimmu pot so to speak, then whatever comes out is going to be something really cool. The dynamics between us are as with any other band, up and down, but I think we have been really good and become better at focusing on our strengths instead of our weaknesses for each album. So, I hope and feel that this shines through on the new record.

This is the first Dimmu Borgir album since 2010. What's the main reason for an eight-year gap in between albums?

We didn’t intend it to be that long, obviously. But, we usually take a longer break after each touring cycle is over. Our last show that we did was in 2014. And then, the break just got a bit longer and we were working, at the same time, on the DVD release for the orchestra show, Forces of the Northern Light that we released last year. That had some delays that were out of our control. And then, while we were really working on the album, the last three to four years, we knew early on that we had to take the time it takes to finish it. We feel like controlling a beast is going to be impossible, so we just have to let it live its own life, basically. Here we are after so many years. Eight years doesn't feel like that for us, but I’m sure for the fans and the listeners, it feels like an... Eonian [laughs].

This year is Dimmu Borgir's 25th anniversary as a band. How different has the band's career been from what you envisioned when it started?

I think we started out just like any other band in the beginning, without any typical ambition. We just jam together and see what comes out of it. But, album by album, you tend to get more ambitious. And, of course, you get older, you get more critical, more analytical about how you go about your art. So, I think twenty-five years is quite an achievement in itself, even though we had a longer break this time. But still, the lineup we have now has been the most steady and the most hardworking lineup that we have had. So, I’m really proud of that achievement as well. Twenty-five years, it doesn't feel that long, but I guess it is.

What are your plans for Dimmu to tour again in the United States?

It's been a long time coming. We're also a live band so we look forward to sharing the new music with the fans and yeah - they're going to get to see us in our own version. On the record, we do the perfect thing but live we do the more stripped down, straight in your face kind of thing. Looking forward to that.
loudwire
Ставь лайк,
подписывайся на анал