Info
Who: Not long ago, Dylan Smith quit his gig drumming for a screamo band and decided to rap. Now he hopes to popularize hip-hop with a new crowd – perhaps his former audience, hardcore-punk fans. "I'm bringing a bunch of people into the genre who wouldn't have touched it before," he says.

MOVEMENT in dreams stand for NONE "I think the suns comin 'out," said 22-year-old Derek Smith, he is positive he positivity will bring him something positive " The two things I base my life and continues to keep the passion is music and "The Secret" I know that thinking about what you want, you ... whatever you want I know what I want and I know I'm going to get what I want, when I figured out there was not much to be unhappy, I am not kidding when I say that I am never not happy I've always I smile and people notice that they literally tell me that I make them feel good just being some I do not think there is a better compliment With my music I take it there SENSan and turn it into a sound I know I could write "break up" songs or "the world's got me down" songs, but I honestly do not think about these things I just think happy thoughts ... and I can promise you it works, "Derek has put the music on a serious level since age 14" My first instrument was a Fender Strat dad got me for Christmas when I was 9 I did not really know anything about music at that point so the guitar did not interest me much, I am quite serious when I say this ... band "HANSON" get full credit for getting me into the music I grew up with an older sister and I remember all her friends to come over and go crazy over these dudes zac Hanson (drummer) seemed to get Than theMost girls are so natural ... I chose to play the drums From that moment all I wanted to do was play music and tour, I played in a lot of bands growing up (semester marginalize heroes ...) and then went "Four Letter Lie" We signed off when I was 18 and did nothing but lucky I love drums, but I've always wanted to interact with the audience more while touring, I started to freestyle I'm funny guy, so to make people laugh was never a problem I could go on forever just rhymin regardless was ahead of me People started tellin me to record some songs and the rest is history "

Mod Sun's recently released a free mixtape for download, entitled" Let Ya Teeth Show "There are 11 great new songs" It 'sfick party anthems dreams-come-true songs to get high track and really just captures that "the sun's out!" vibe "Click to download" LET YA teeth show "
Mod Sun released their first full length CD entitled" I'm gonna buy me "31 January 2009 It featured 11 songs that were all beats made by Dylan songs were written and recorded over an eight- month span from May to December 2008 Every song was recorded in his bedroom and produced by him and only him, he did it all by himself ... of which the name of the disk

MODERN SUNSHINE CLOTHING Modern Sunshine clothes are merchandisefor MOD sun most of the designs have quotes from MOD SUN songs others just look good, a whole new line of clothing and accessories will be released summer of 09 "Visit online for more info (wwwmodernsunshinebigcartelcom)

His name is Derek Smith, but he often goes Dylan Smith
источник(source) http://www.rollingstone.com/choosethecover...artists/mod-sun
^^^For Info CLICK UP HERE^^^

Anyone have his full length he just released called "Look Up"? 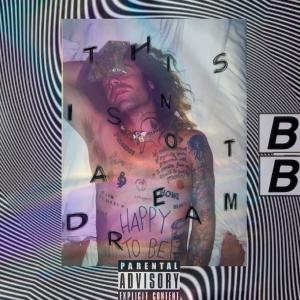