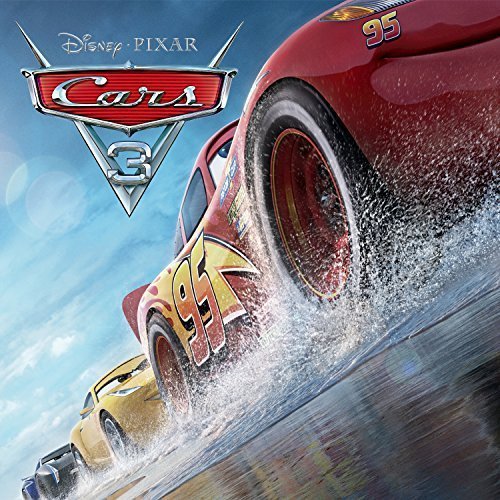 Notes
The Cars 3 Original Motion Picture Soundtrack features Run That Race, an
original song written and performed by nine-time Grammy« winner Dan Auerbach
that can be heard as the movie opens. The song is about never giving up and
always trying your best, said Auerbach, who met with filmmakers prior to
penning the song. They showed me the storyboards and ran through the plot. I
was able to read some of the dialogue and from there I had enough to piece
together a story in my mind for the song.

Auerbach will release Waiting on a Song, his second solo album, on June 2
via his new label, Easy Eye Sound.

The soundtrack also features four cover songs, including two bonus tracks.*
Kings Highway, originally released in 1991 by Tom Petty and the
Heartbreakers, makes a comeback courtesy of 23-year-old British
singer-songwriter James Bay.
Bruce Springsteen s 1984 hit Glory Days gets a modern-day makeover by
Grammy«-nominated performer Andra Day, who voices Sweet Tea in the film a
performer in the Cotter Pin with a hairstyle reminiscent of Day s signature
look.
*The Beatles classic 1965 song Drive My Car is back on the road,
compliments of Hollywood Records artist Jorge Blanco.
* Freeway of Love, made famous in 1985 by Aretha Franklin, is performed
for the soundtrack by actress Lea DeLaria, who also provides the voice of
Miss Fritter, a school bus-turned-demolition-derby-queen in Cars 3.

Three-time Grammy«-winning singer, songwriter, guitarist and entertainer
Brad Paisley, who has 24 No. 1 singles under his belt, was called on to
create two instrumental tracks that are featured on the Cars 3 Original
Motion Picture Soundtrack. Truckaroo and Thunder Hollow Breakdown accompany
the film s action-packed Crazy 8 demolition derby sequence that puts
Lightning and Cruz in the midst of total chaos. Brad Paisley was part of
both Cars and Cars 2, said Tom MacDougall, executive vice president of music
at Disney. We knew he could have some fun with a demolition derby, and he
just killed it. His down-home country tracks really add to the scene s
action and humor.
http://www98.zippyshare.com/v/M1KrPNuA/file.html
https://turbobit.net/764r2p93qm3o.html