Prefuse 73 (Guillermo Scott Herren), is a hip-hop and electronic producer/artist, currently based out of Barcelona and signed to Warp Records.

Herren releases music under various aliases, most notably Prefuse 73, Delarosa and Asora and Piano Overlord and Ahmad Szabo. He also performs with Eva Puyuelo Muns as the group Savath and Savalas.

He began his career DJing at MJQ, a small night club in Atlanta, and then began working in commercial studios but soon branched out into his own music. Herren's first major release was under the Delarosa and Asora moniker in 1997 with Sleep Method Suite, with his latest work currently being the Prefuse 73 full-length album, Preparations

In 2000, Herren released a CD/LP on Hefty Records/Warp Records titled Folk Songs For Trains, Trees, And Honey. This followed by a 2001 exclusive limited pressing (700 copies) of Immediate Action #1 LP on Hefty.

The Failing Institute of the Contras

Any reup of FLAC? Thanks!!
I'm late to the party

The Failing Institute of Drums & Other Percussion at Bandcamp

Prefuse 73 - The Failing Institute of Drums & Other Percussion 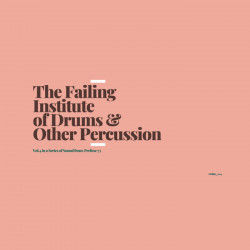