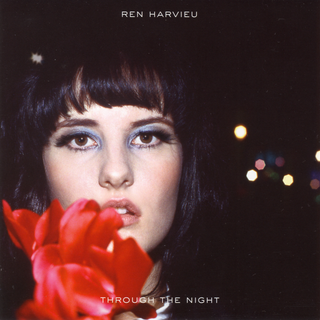 Детали
Label: Universal Music
Format: Album,
Country: UK
Released: 2012
Genre: pop
Style: soul, singer-songwriter, female
Quality: 320kbps
Size: 95Mb
Tracklist:
1. Open Up Your Arms
2. Tonight
3. Do Right By Me
4. Walking in the Rain
5. Through the Night
6. Forever in Blue
7. Twist the Knife
8. Dancing On Her Own
9. Holding On
10. Summer Romance
11. Love is A Melody
320 mediafire ifolder

As this is not The X Factor, we can
dispense with the heart-rending back-
story right away. Yes, this young
Mancunian singer had an awful accident
that nearly immobilised her and delayed
the release of this album by a year and,
yes, she’s got some powerful supporters
in the songwriting camp (Dave McCabe,
James Allen, Ed Harcourt, Howie Payne),
but that all vanishes when she squares up
to the microphone.

Hers is an arresting voice, soft and
sweet, but dark in hue and sharp with
melancholy, like a vinegar smoothie. She
uses it to breathe new life into dusty
(as in Springfield) ’60s chamber pop,
from the skyscraping Walker Brothers rush
of "Open Up Your Arms" to the torch sob
of "Do Right By Me" to the Bacharach
skippy "Holding On". Retro fetishisms
aside, this is an impeccable debut: two
feet in the past and one open mouth
pointing towards a very bright future.

Ren Harvieu - Through the Night Ren Harvieu has announced news of her long-awaited new album Revel In The Drama, due for release 3rd April via Bella Union. The album is a brilliant, bolder and broader take on her timeless pop classicism, a compelling diary of a struggle with self-belief and a celebration of liberation and survival, seven years after her Top 5 debut album and having overcome a life-threatening injury. Think of Revel In The Drama as Harvieu's second debut album; a new beginning.