jet-black
TrZ911
thx for the link, guys, I'm really interested in earing what good ol' ringo is up to now...
Is the music he does "beatlesesque"? Well I can't wait 'till I judge by my self tonight...
Thx for that, anyway ! 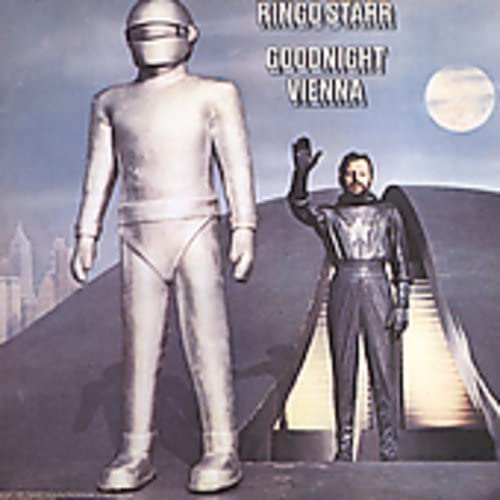 Personnel: Ringo Starr; Colin Hay (vocals, guitar); John Waite (vocals, bass); Paul Carrack (vocals, keyboards); Sheila E. (vocals, drums, percussion); Mark Rivera (saxophone). Recorded live at Casino Rama, Canada in July 2003. Includes liner notes by Ringo Starr. Ringo Starr began touring with his ever-changing All-Starr Band in 1989, and the concept has helped to revitalize not only the ex-Beatle's career but those of the famous players with which he surrounds himself, performing both Starr's hits and those of his bandmates. Initially, he worked with artists whose greatest fame came in the '60s and '70s. However, by 2003, '80s nostalgia was on the menu, and Colin Hay (Men at Work), Paul Carrack (Squeeze, Mike & the Mechanics), John Waite (The Babys, Bad English), and Shelia E. (Prince and solo) were on the stage. It's no surprise that Starr's Beatles hits and solo smashes are delivered with the easy amiability that's endeared him to audiences since the '60s. More unexpected is the fact that lone guitarist Hay, who was merely the rhythm guitarist in Men at Work, is able to hold up his end on everything from the rockabilly of "Honey Don't" to Sheila E.'s punchy R&B/pop hits "Love Bizarre" and "The Glamorous Life." The glossy '80s pop of Waite's ubiquitous solo hit "Missing You" and Mike & the Mechanics' "The Living Years" both benefit from the stripped-down approach here, and the all-hands-on-deck closer "With a Little Help From My Friends" exemplifies the musical camaraderie that's at the heart of this venture.

ALL not tested, found on net

Hollywood, California -- June 18, 2007 -- Since he first
began his career in the 1960s with The Beatles, Ringo
Starr has been one of the world's brightest musical
luminaries. On August 28, Starr's four EMI Music catalog
albums, Sentimental Journey (1970), Beaucoups Of Blues
(1970), the platinum-certified Ringo (1973) and
gold-certified Goodnight Vienna (1974) will make their
global digital release debuts across all of the world's
major digital sales providers. On the same date, six Ringo
Starr ringtones will also debut, and Capitol/EMI Music
Catalog Marketing will release the first-ever career and
label-spanning collection of Starr's best solo recordings,
PHOTOGRAPH: The Very Best Of Ringo Starr.

Starr's EMI catalog will be available in digital form for
the first time on a global basis. Fans will be able to
purchase Starr's EMI catalog works from all of EMI's
digital distribution partners, and the titles will also be
part of EMI's premium download offering (free of digital
rights management and in a higher-quality bit rate) from
participating retailers.

To be released physically in CD and Collector's Edition
CD/DVD packages and digitally, PHOTOGRAPH: The Very Best
Of Ringo Starr presents 20 standout Starr tracks,
including seven Top 10 Pop hits, released between 1970 and
2005 with Capitol, Atlantic, Mercury, Boardwalk, Private
Music and Koch. The Collector's Edition adds seven never
before released film and video clips on DVD, including
original promotional films for "It Don't Come Easy,"
"Sentimental Journey," "Back Off Boogaloo," among others,
and the music video for "Act Naturally" (with Buck Owens).

The world has known and loved Ringo Starr since he was a
Beatle, and it is his unique talent and his love of
creating and playing music that continues to captivate
fans around the world, and which shines through in every
one of his songs. "Ultimately, what's most impressive
about Ringo Starr isn't what he's been, but rather who he
is," said Rolling Stone magazine Contributing Editor David
Wild. "The man's great heart and soul, his wit and
wisdom." A liner notes essay by Wild is complemented by a
selection of classic Starr photos in PHOTOGRAPH: The Very
Best Of Ringo Starr's 12-page booklets. The CD will be
released in a jewelcase, while the Collector's Edition
will be presented in a deluxe fold-out digipak package.

PHOTOGRAPH: The Very Best Of Ringo Starr celebrates the
legacy of this iconic and universally loved artist.
Covering the full scope of Starr's solo career, the new
collection's seven Top 10 Pop hits include "It Don't Come
Easy," "Photograph," "Oh My My," "Snookeroo," "Back Off
Boogaloo," "Only You (And You Alone)," and his playful and
now tongue-in-cheek "No-No Song." Also included are "Act
Naturally" (with Buck Owens), "You're Sixteen (You're
Beautiful and You're Mine)," and the critically acclaimed
"Weight of the World" and "Fading In and Fading Out."

Ringo_Starr-Photograph-The_Best_Of_Ringo-2007
re-up pleeeaze!!!
"King Kong ain't got nuthin on me!"

Треклист:
Sentimental Journey
Night And Day
Whispering Grass (Don't Tell The Trees)
Bye Bye Blackbird
I'm A Fool To Care
Stardust
Blue, Turning Grey Over You
Love Is A Many Splendoured Thing
Dream
You Allways Hurt The One You Love
Have I Told You Lately That I Love You?
Let The Rest Of The World Go By

Треклист:
Beaucoups of Blues
Love Don't Last Long
Fastest Growing Heartache in the West
Without Her
Woman of the Night
I'd Be Talking All the Time
$15 Draw
Wine, Women and Loud Happy Songs
I Wouldn't Have You Any Other Way
Loser's Lounge
Waiting
Silent Homecoming
Coochy Coochy *
Nashville Jam *

Треклист:
I'm The Greatest
Hold On (Have You Seen My Baby)
Photograph
Sunshine Life for Me
You're Sixteen
Oh My My
Step Lightly
Six O'Clock
Devil Woman
You and Me
It Don't Come Easy *
Early 1970 *
Down and Out *

Треклист:
Goodnight Vienna
Occapella
Oo-Wee
Husbands and Wives
Snookeroo
All By Myself
Call Me
No No Song
Only You
Easy for Me
Goodnight Vienna (reprise)
Back Off Boogaloo *
Blindman *
Six O'Clock (extended version) *

Rory Storm And The Hurricanes - The Complete Works (With Ringo Starr)


Rory Storm And The Hurricanes - The Complete Works (With Ringo Starr)

Even shit! Just to turn you on!
http://www.lastfm.ru/user/The_Equanimity

reup please in 320!
thanks in advance!

1. Sentimental Journey
2. Night And Day
3. Whispering Grass
4. Bye Bye Blackbird
5. I'm A Fool To Care
6. Stardust
7. Blue, Turning Grey Over You
8. Love Is A Many Splendoured Thing
9. Dream
10. You Allways Hurt The One You Love
11. Have I Told You Lately That I Love You
12. Let The Rest Of The World Go By

The Beatles: The Night That Changed America • A Grammy Salute • Paul McCartney and Ringo Starr [2014, Rock, HDTV 1080i] 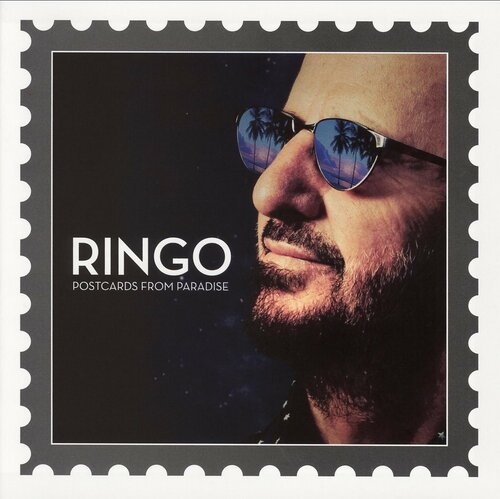 Ringo Starr announced a U.S. leg for his 2018 tour with the All Starr Band. The 20-date run launches September 1st in Tulsa, Oklahoma and concludes the 29th in Los Angeles.

The All Starr Band will continue their mix-and-match setlist approach, performing hits from each member's respective bands onstage. The sextet previously announced a European run for June and July, along with a date in Atlantic City, New Jersey on June 2nd.

Ringo Starr has organized a mini-Beatles reunion, tapping Paul McCartney for a rendition of John Lennon’s “Grow Old With Me,” which will appear on the musician’s new album, What’s My Name, out October 25th via UMe.

“Grow Old With Me” was one of the last songs Lennon wrote before his death, and the song eventually appeared on his posthumous 1984 album with Yoko Ono, Milk and Honey. Starr said he was inspired to record the song after producer Jack Douglas asked if he’d heard Lennon’s “Bermuda Tapes,” a collection of demos Lennon recorded in 1980.

“I sang it the best that I could,” Starr said of the recording in a statement. “I do well up when I think of John this deeply. And I’ve done my best. We’ve done our best. The other good thing is that I really wanted Paul to play on it, and he said yes. Paul came over and he played bass and sings a little bit on this with me. So John’s on it in a way. I’m on it and Paul’s on it. It’s not a publicity stunt. This is just what I wanted. And the strings that Jack arranged for this track, if you really listen, they do one line from [George Harrison’s] ‘Here Comes The Sun.’ So in a way, it’s the four of us.”

Ringo Starr has rolled out dates for a 2020 tour with his All Starr Band. It kicks off May 29th at the Casino Rama in Ontario and wraps up June 28th at the Ruth Eckerd Hall in Clearwater, Florida.

Ringo Starr and his All Starr Band have pushed their planned spring 2020 North American tour to spring 2021 due to the coronavirus outbreak.

“This is very difficult for me,” Starr said in a statement, “in 30 years I think I’ve only missed two or three gigs, never mind a whole tour. But this is how things are for all of us now, I have to stay in just like you have to stay in, and we all know it’s the peace and loving thing we do for each other. So we have moved the Spring tour to 2021.”

This year’s trek — featuring Starr alongside Steve Lukather, Colin Hay, Gregg Rolie, Warren Ham, Gregg Bissonette and Hamish Stuart — was scheduled to begin May; it will now launch on a pair of to-be-announced 2021 dates in Rama, Ontario before working its way down the East Coast of the U.S., concluding June 27th, 2021 in Clearwater, Florida. Along the way, Starr and his band have booked a three-night stand at New York’s Beacon Theater.

Tickets for the 2020 trek will be honored at the 2021 dates. “My fans know I love them, and I love to play for them and I can’t wait to see you all as soon as possible,” Starr continued. “In the meantime stay safe. Peace and Love to you all.”

Ringo Starr’s 80th birthday is coming up on July 7th, and we’re celebrating with an in-depth conversation on the latest episode of the Rolling Stone Interview: Special Edition video series. “Man, I’m only 24 in here,” Starr says, pointing to his head. “And I’m still doing what I love to do. I’m still in the music business.”

In the interview, Starr talks about his longevity (one secret: “broccoli with everything and blueberries in the morning”); life in isolation (“I haven’t left the house in 11 weeks now”); hanging out with Keith Moon and John Bonham (“that’s two handfuls”); the early years of his solo career; Peter Jackson’s upcoming Let It Be-era Beatles documentary; missing George Harrison and John Lennon; and playing “Helter Skelter” on stage with Paul McCartney last year for the first time since he recorded it.

In the interview, Starr, who recently affirmed his support for Black Lives Matter, ponders the racism and segregation that the Beatles observed in the U.S. (they famously refused to play to segregated audiences), and the band’s deep debts to black music. “Black musicians were our heroes,” he says.

Finally, he looks back at the White Album nugget “Good Night.” “I used to be a rock singer,” he says with a laugh, “and they’d always give me those soppy songs. And so they ruined my whole career!”