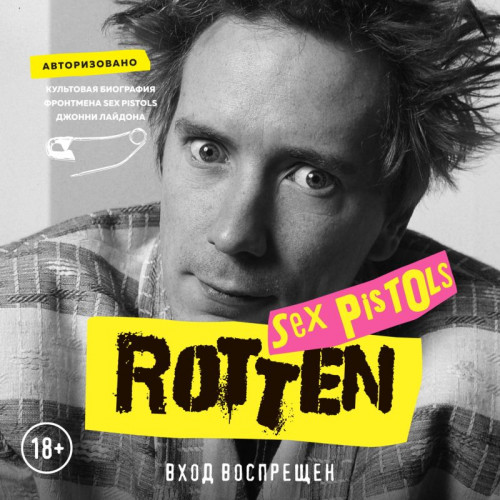 1994 - Rotten - No Irish, No Blacks, No Dogs - The Authorised Autobiography of Johnny Rotten Not that the endorsement necessarily serves as a shock for those who've kept up with the musician's political leanings since Trump took over the Oval Office in 2016. Two weeks ago, photos of the rocker sporting a MAGA shirt inflamed the Internet anew after they made the rounds on social media.

The images weren't new, but pics of the notorious punk-rocker supporting the movement to "Make America Great Again" didn't sit right with many music fans. Still, the English musician — who's held citizenship in the U.S. since 2013 — made clear he was voting for Trump this November in an interview with the Guardian from Sunday (Oct. 11).

"I'd be daft as a brush not to," Lydon explained of his Trump-backing, all while condemning the leadership of the president's Democratic challenger, Joe Biden. "He's the only sensible choice now that Biden is up — he's incapable of being the man at the helm."

The Sex Pistols frontman, who's said to have previously supported Barack Obama, gave two reasons for his support of Trump. One is the economy. The other is that the president has been called a racist, claims only amplified after Trump adverted outright condemning white supremacist groups (per CBS News).

Lydon identifies with the latter charge. Especially following a backstage encounter in 2008, summarized by the NME, in which the musician's entourage clashed with that of Bloc Party's Kele Okereke. The "unprovoked racist attack," as Okereke called it, left him battered and bruised.

"I've been accused of the very same thing, so I'm offended for anybody who's called [a racist]," Lydon told the Guardian.

But doesn't mean the punk figurehead won't change his stripes if he feels he's proven otherwise.

"If I'm wrong, I'm highly capable of correcting that," Lydon added. "I've done that many times and I've had to. That's why I love debate and conversation, because you learn from it. Don't become entrenched in one opinion and get stuck there forever."