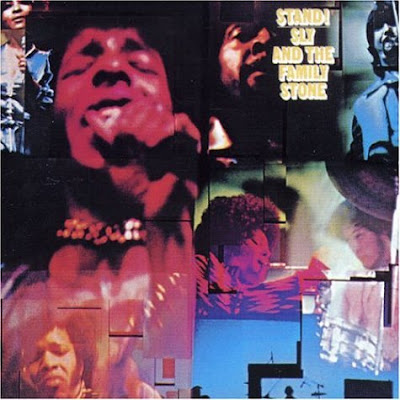 It's been more than 2 decades since the frontman for the groundbreaking
R&B/Soul outfit Sly & The Family Stone has released a full album of new
recordings. In that time, Sly Stone has become one of music's most elusive
recluses, making live appearances on rare occasions at select events,
including the 2006 Rock N' Roll Hall Of Fame induction ceremony, and all the
while his legend has grown and grown. In recent years, Stone - the writer of
some of the most timeless and influential gems in music history such as
'Dance To the Music', 'Everyday People' and 'Family Affair' - has wrestled
with demons both personal and professional, but never allowed the
inspirational flame to die out completely. Now, Sly returns with brand new
versions of classic songs from the Stone family repertoire, aided by Jeff
Beck, Ray Manzarek, Bootsy Collins, Ann Wilson (Heart), Carmine Appice and
others.
Multiupload / Letitbit / iFolder

SLY & THE FAMILY STONE - The Essential

R E L E A S E I N F O R M A T I O N
Sly & the Family Stone harnessed all of the disparate musical and
social trends of the late '60s, creating a wild, brilliant fusion of
soul, rock, R&B, psychedelia, and funk that broke boundaries down
without a second thought. Led by Sly Stone, the Family Stone was
comprised of men and women, and blacks and whites, making the band
the first fully integrated group in rock's history. That integration
shone through the music, as well as the group's message. Before
Stone, very few soul and R&B groups delved into political and social
commentary; after him, it became a tradition in soul, funk, and
hip-hop. And, along with James Brown, Stone brought hard funk into
the mainstream. the Family Stone's arrangements were ingenious,
filled with unexpected group vocals, syncopated rhythms, punchy
horns, and pop melodies.

Their music was joyous, but as the '60s ended, so did the good
times. Stone became disillusioned with the ideals he had been
preaching in his music, becoming addicted to a variety of drugs in
the process. His music gradually grew slower and darker, culminating
in 1971's "There's a Riot Going On", which set the pace for '70s
funk with its elastic bass, slurred vocals, and militant Black Power
stance. Stone was able to turn out one more modern funk classic,
1973's Fresh, before slowly succumbing to his addictions, which
gradually sapped him of his once prodigious talents. Nevertheless,
his music continued to provide the basic template for urban soul,
funk, and even hip-hop well into the '90s..

Limited, individually numbered 10" vinyl for RSD featuring a
previously unissued medley with "Music Lover" and "I Want To Take
You Higher" recorded live in 1970 at the Isle Of Wight Festival.
Also included is the 1967 recording "Higher" in a mono single master
version, and previously unissued instrumental medley created for Sly
And The Family Stone's 1969 appearance on the Merv Griffin show
featuring "Sing A Simple Song", "Hot Fun In The Summertime", "Sex
Machine" and "I Want To Take You Higher".
t r a c k l i s t

CAN SOMEONE REUP THE ESSENTIAL?