Smalltown Supersound is an independent record label based in Oslo, Norway, and dedicated to new forms of jazz, rock and electronic music.
Their catalog features albums by Jaga Jazzist, 120 Days, Mats Gustafsson and Sonic Youth, amongst others.
In 2004, the company launched the sub-label Smalltown Superjazzz which is intended to release "jazz with a punk attitude".

thanks a lot for this.
great label.

any one has TOY? 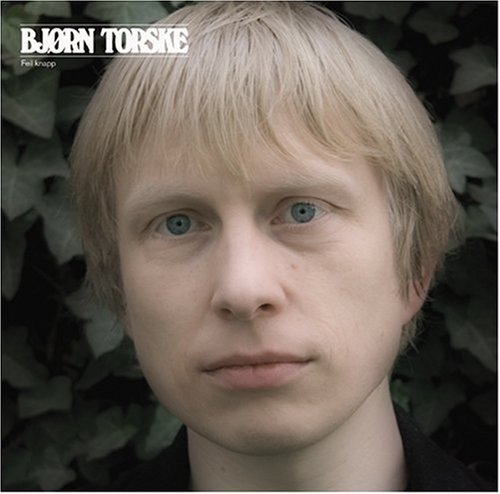 "Staying in" was maybe an all too apt title for Diskjokke's debut album. The record seemed
to effectively perpetuate the cosmic-disco genre without necessarily adding very much.
It felt as if Diskjokke was living inside the house that Smalltown built, uninterested in
exploring the world outside. As a result, Dislocated maybe then doesn't refer to the tunes
Diskjokke has overhauled in this collection of remixes, but Diskjokke himself, as he's nudged
out of his comfort zone and forced to weave his own cosmic palette through other people's
compositions.

The results gathered here are largely promising, and some of the standout moments are when
Diskjokke explicitly flips the cosmic disco script, like the abrupt feint in the midst of "Attic"
by Harry's Gym. It starts trippily enough, but just as the pressure starts to build and you get
prepared for a jolt into the psychedelic stratosphere, the swirling clouds dissipate and a nicely
dry, uptempo shimmy emerges instead, just to keep you on your toes.

Equally unexpected is Diskjokke's take on Lykke Li's "Everybody But Me"—no starry synths on
this one, just slow-mo tribal toms that neatly match Lykke's breathy wallflower pining. The bulk
of the remixes here stitch more conventional cosmic tropes onto indie songs, and tend to sink
or swim depending on the quality of the tune. The rework of "Heartbreaker" by Metronomy works
quite nicely despite an inane vocal couplet, "I heard she broke your heart again...she's a
heartbreaker!" Then Diskjokke's mix of "Boston Food Strangler" by Ost & Jex perfectly executes
a long-form cosmic rollercoaster ride. The vocals by this duo, also responsible for the Princeisms
of Jamie Jones' "Summertime," are a bit hard to swallow here, all warbly and flush with
Sparks-style histrionics, so wisely Diskjokke lets them manifest for a brief refrain before
drowning them, like a wrathful Neptune, in a percussive tide.

Whether surprising or not, it's on his remix of cosmic disco overlord Lindstrom's "Breakfast in Heaven"
that Diskjokke falters, producing a near-stylistic self-parody: the mix is very much the trippy
juggernaut you might expect, but with its extra dollops of glistening synths, it sounds like it should
accompany a scene of Falcor, the luck dragon from The Neverending Story, in whimsical, triumphant
flight. Given that we're already talking about a style prone to exaggeration and excess, this ends up
feeling like an overdose. Cosmic disco on steroids. It's further evidence that Diskjokke is at his best
not when he's goofing indoors with his fellow cosmic Norwegian brethren, but when he's forced to
go outside and play with the neighbors. 
R E L E A S E R E V I E W
A second Smalltown Supersound album from Diskjokke, En Fin Tid (translated from
Norwegian as "A Happy Time") finds Joachim Dyrdahl making his first full-length
since becoming a full-time musician. His debut, Staying In had been pieced
together over a number of years, comprised from a number of tracks composed
separately. This time around, the bigger picture of a proper album is Dyrdahl's
main focus, and clocking in at around an hour with only eight tracks, this is a
hefty undertaking. Said to be influenced by "Holger Czukay's mid 80s period,
Brian Eno, Arthur Russell, European disco, Allan Parsons, Tangerine Dream,
Arthur Lyman and Craig Leon" you can certainly hear the will to experiment in
this Norwegian producer's progged-up cosmic disco. Equally important is a sense
of fun, and on the likes of 'En Fin TId' and '1987' Dyrdahl rests his sights on
danceable and highly melodic material. Standing out in particular is recent
Moshi Moshi single, 'Rosenrшd', which truly glistens at the heart of the album,
adding wave after wave of creamy analogue synth to a rolling backbeat while
fashioning the breeziest and most effectively minimal of melodies. Good stuff.

"Norwegian musician, designer, writer and do-it-all Kim Hiorthøy seems to gravitate toward multimedia projects. His latest, Drivan, is unsurprisingly a music group born from a performance piece. Working with two Swedes (Lisa Östberg and Louise Peterhoff) and a Finn (Kristiina Viiala) on a Gunilla Heilborn project in 2007, the four agreed to continue making music on their own. The quartet's music has been described as having a "folk-oriented and organic feel ... drawing more from Swedish folk and prog of the '70s, as well as Stina Nordenstam’s People Are Strange album." Translation? A pleasant batch of electronic folk-pop songs sung in Swedish."