real dope, thx fer this one,

something like an internet promo mixtape for their debut album Moonlighting
i'm not abstract, i'm regular. you abstract!

please, upload this tru musiq! someone!

Tanya Morgan is group from which consists of MCs Donwill and Ilyas, and MC/producer Von Pea. Both Donwill and Ilyas are from Cincinnati, Ohio, while Von Pea is from Brooklyn, New York. Their debut album Moonlighting was acclaimed upon its release in 2006.

Hailing from Brooklyn and Cincinnati, this new EP serves as a bridge between their previous work and their upcoming album Brooklynati

Release Notes:
The album is based on the creation of a fictitious city
combining elements from both Cincinnati, Ohio and Brooklyn,
New York. To Promote the album, the group has created a
multimedia campaign with a city website including a digital
city map, video newscasts and other Brooklynati themes. The
album is set to hit stores May 12th via iM Culute / Fontana
Recordings. 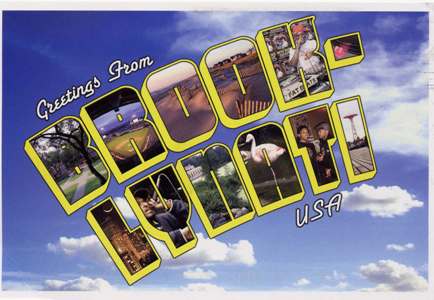 Von P has blessed us with a mix of the samples used for one of the best albums of 2009, Tanya Morgan's Brooklynati. I'm sure my diggas will appreciate this. Listen & Download HERE 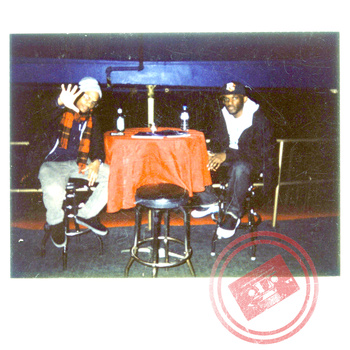 Tanya Morgan team up with HiPNOTT Records to finally release
the CD version of their previously digital only album from
2011! You & What Army featured Exile and Astronote and now
the new CD version includes 3 bonus remixes produced by
member Von Pea.

RELEASE NOTES
There are some cracks on track 6
and similarly on its instrumental,
track 12. They are in the same
spots and are most likely due to
the mic picking up a sitting bowl of
Kellogg' Rice Krispy Treats ®
cereal... or the sample he used,
who knows.

When Tanya Morgan emcee Von Pea was
chilling with a beat CD from Aeon,
a head-full of rhymes and an
impulse to expel his ingenuity, the
Duly Noted. EP was put into motion
and is finally presented to us
today on this last Tuesday of
March.

Inducing a noticeable amount of
swing into his rhythms, in-house
Tanya Morgan producer Aeon invests
his vibes in indulgent skipping
drum beats that drifts placidly
over the abstruse, yet pleasantly
dusty samples. Zapping filters
create an edge to the melodies
created by the aforementioned
samples and create an almost
sawtooth sound and feel to the
music. While this is going on,
round kicks and subtle percussion
keep the rhythm steady with the
help of the crisp clicking of light
snares.

This broad gap between the dynamics
and timbres of each element of the
music creates an atmosphere so vast
that it paints a very broad
picture, rather than focus on a
singular theme. Providing a vast
soundscape creates the perfect
canvas for which Von Pea paints
vividly with his words.

A laid-back delivery creates a
smooth ride on the journey that is
the Duly Noted. EP. On the six
tracks where Von Pea actually
provides his vocals (the rest are
instrumentals of the same tracks),
stories are told, wack rappers are
slain, an authenticity is
established, an experience is
detailed, emotions are revealed and
hip hop is indubitably kept alive.
That is quite the extensive subject
matter for an "EP."

Together, outside of Tanya Morgan,
Von Pea and Aeon display a relative
chemistry that is hard-pressed to
be found elsewhere in hip hop's
history. There are plenty a great
duos in the genre, but Von Pea and
Aeon definitely offer a new take on
hip hop with their collaborative
EP, Duly Noted. Bubbling backdrops,
punching drums and exceptionally
fluent rhymes and flows lend Duly
Noted. to be a solid reminder that
hip hop is stronger than ever and
boundaries are continuing to be
pushed, or even redrawn.
ifolder / turbobit Release Notes:
Tanya Morgan is a rap group. More than that, they're a great
rap group as evidenced by the acclaim they've received from
the likes of Billboard, Vibe, SPIN, XXL Magazine, XLR8R, Los
Angeles Times, The Onion, NY Magazine and a bevy of other
press outlets who have praised the group throughout the
duration of their career. "Tanya Morgan are like the sons of
De La Soul - soulful, stressed, effortlessly smart flows,
intricate production, the whole package," says SPIN Music
Editor Charles Aaron.

Hailing from both Brooklyn and Cincinnati, Tanya Morgan
formed on the message boards of Okayplayer.com in 2003 when
Donwill, Ilyas Nashid and Von Pea were all solo artists
trading demos and beat tapes. The three MCs decided to
collaborate for a one-off project and settled on the name
Tanya Morgan – an inside joke to trick hip-hop crate-diggers
and sample-searchers into thinking the record was an old-
school soul singer. After their debut album, Moonlighting,
was endorsed by the likes of ?uestlove in 2006 and was
received enthusiastically by fans, Tanya Morgan decided to
keep working together and keep the name. In the wake of
Moonlighting's critical success, the group released its
follow-up, 2009's Brooklynati which saw the group reach more
fans and beguile more journalists as it was widely regarded
as one of the year's best hip hop releases.

Since Brooklynati, the group has reformed with Ilyas moving
on to focus on his solo material and video production while
Von Pea and Donwill continue to tour as Tanya Morgan,
supporting the group's classic material as well as the
members' first solo releases: Donwill's Don Cusack In High
Fidelity and Von Pea's Pea's Gotta Have It, both released in
2010.

September 2013 will mark the release of their third album,
Rubber Souls, produced by 6th Sense (B.o.B., Outasight,
Talib Kweli, Mickey Factz, Homeboy Sandman, The Lonely
Island, etc.). Having recorded the whole project together
(as opposed to individually as they have in the past),
handing the production reins to an outsider, and adding a
stable of musicians with whom to collaborate, Tanya Morgan
shook up the entire recording process with Rubber Souls.
"This album shows us stepping out of our comfort zone to
great results," explains Von Pea. ": I]t brought out a new
type of chemistry in our music." Instrumentally ambitious,
Rubber Souls is about expansion. Challenging both artists
and musicians, producer 6th Sense gives his interpretation
of the Tanya Morgan sound - ": t]he result in an album that
will satisfy long time fans and shock non-believers," adds
Donwill.