Sylvain Chauveau is one of those artists we hear
mentioned a great deal, yet he has proven strangely
elusive when it comes to tracking down his work. Best
known (and easiest to get hold of) is his seminal Fat
Cat album 'Un Autre Decembre' which set him up as one
of the world's premier exponents of the
electronic/classical sound, but Sylvain had already
been releasing records long before that album hit the
shelves. 'The Black Book of Capitalism' originally
appeared in 2000 on the French DSA imprint and sadly
never hit UK shores, but Type (Sylvain's new base of
operations) have managed to put together a gloriously
remastered and repackaged version for the wider world
to hear at last. Those of you who have been enamoured
with the artist's stark, minimal sound might be
shocked at first to hear the variety on offer; 'The
Black Book of Capitalism' is far from a mere classical
record, and shows a breadth of sound never again seen
in Sylvain's catalogue to date. From the mournful,
delicate piano-work of 'Et Peu a Peu les Flots...' we
are transported through a veritable sideshow of gallic
musical expertise, with the doomy almost Bohren-esque
jazz of 'Hurlements en Favour de Serge T.' and through
a chiming fairytale with 'Derniere Etape avant le
Silence'. There are almost traces of Angelo
Badalamenti's work lost in the grooves here, with the
gauzy world of European cinema seeping from every
crack and punctuating Sylvain's compositions with both
confidence and a deft humour. It might be over eight
years old now but nothing of the album has been lost
with time, it has matured with age, showing new depths
and character with every year that has gone by. With
'The Black Book of Capitalism' Sylvain delivered his
most widescreen work so far and it's an absolute
pleasure to be able to hear it again in all its glory
Highly Recommended - Limited copies! 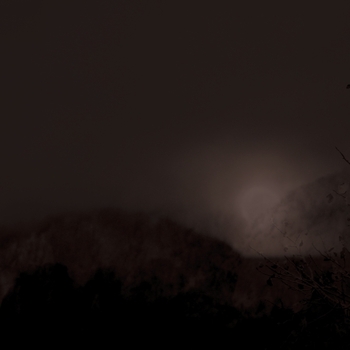 Type Records is a record label specialising in inspiring experimental music from around the world. Whilst we are based in the UK, Type artists are drawn from a worldwide community of musicians, and are variously located in Sweden, Norway, France, North America and England.