Rene Hell is the latest and possibly greatest moniker of US noisenik Jeff Witscher. Over the last handful of years Witscher has made a name (and possibly a cult?) for himself under a plethora of different pseudonyms exploring various disparate styles. He has been known as Impregnable, Secret Abuse, Marble Sky and as part of Roman Torment and Deep Jew among others, and now he’s settled on Rene Hell. With this project we find him focused on synthesized kosmiche sounds – but unlike many of his contemporaries (Emeralds, Oneohtrix Point Never etc), instead of delving into nostalgia there is something decidedly modern about Witscher’s compositions. The bubbling, effervescent synthesizer sequences and percussive patterns seem to twist and turn over each other with a near-techno precision, and at times you might be forgiven for thinking that ‘Porcelain Opera’ had more in common with Basic Channel than Cluster.

‘Porcelain Opera’ is an album made by a consummate music obsessive, and Witscher is just as obsessive about his composition as he is his influences. The album’s tracks seep into each other like viscous lava, decomposing and reforming as the track markers fade and re-appear. This is pure electronic music – songs created with analogue circuits and half-baked patch cables, dusty cassette tapes and greased-up potentiometers. And despite his noise roots, there is something distinctly sparkling about this collection of tracks. ‘Prize Mischief Hold’ fizzes and cascades from the speakers like a box of illicit Chinese fireworks, and the album’s glorious centrepiece ‘L.Minx’ thunders through an electrical storm to reveal glorious, warming harmony.

Electronic music has been much maligned in recent years and its contemporary rediscovery seems almost too rooted in kitsch to be taken seriously, but Jeff Witscher’s synthesizer gospels are more than just a flash in the pan. This is analogue exploration at its best, and once it digs its rusty talons into you, it refuses to let go.

The newest addition to the Type roster is one Rene Hell, a cult underground noisenik better known as Jeff Witscher. His numerous releases and pseudonyms for labels including Arbor, Not Not Fun and Chronditic Sound (among a tonne of others) have given space for his untamed imagination to roam various disparate styles and ideas. For Rene Hell Witscher sort of places himself alongside Emeralds or Oneohtrix Point Never with alter-dimensional synth trips referencing classic kosmiche, but with the lustre of nostalgia picked away to reveal a decidedly modern grasp of electronic psychedelia. Much like his peers, he manages to envelope his archaic source sounds with a forward thinking sensibility that's conscious of developments which occurred between the early 70s and the early 10s, allowing him to avoid the pitfalls of kitsch, but play around with more honest cliche. Hell maps out a patch that focusses and aligns the visions of Cluster into Basic Channel while adding his own special enzymes to catalyse unpredictable psilocybic changes, a controlled but near-random factor liable to spew out tape chewed voices and dart off into tangential black holes or bloom into star burst harmonics like a box of illicit Chinese fireworks. Eschewing the constrictions of software programming, Hell's intuitive hardware approach enhances these possibilities, take the album centre piece 'L.Minx' as the prime example, where the central synthline shudders and spasms in an electrical storm of distorted, blackened blows, before diverging and converging within the stereo field to defuse and reconnect your cerebral hemispheres with devilishly studied efficiency. A noisenik's sense of freedom gives him license to create textures and tones which would likely be frowned upon in the original Kosmiche scene, but here on 'Razor. P+' they mark the track with a modernist aesthetic that puts history to good use and thrills us in the process. Witscher's synth gospels are more than just a flash in the pan and proves that there's still much terrain to be covered in the recently remembered lands of pure analogue synth music. Very highly recommended.

Thank you Komeda but the link is dead ! 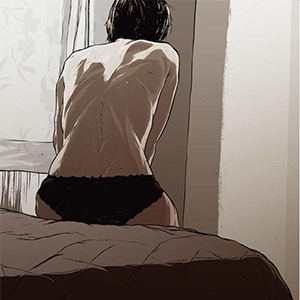 This excellent debut-proper from hotly tipped duo Altar Eagle finds itself nestled somewhere between the icy drum machine pop of Cold Cave, the Kosmische refractions of Emeralds and the classic layered shoegaze of Slowdive and My Bloody Valentine.Eden Hemming and Brad Rose have previously made music together as Corsican Paintbrush before changing their name and style on a pair of sought-after cassettes absorbing darkwave pop genius and the 1st wave techno moods of Juan Atkins. With a heavy heart and distorted touch they've drafted a deeply affected sound where vocals are typically half-heard and happy to be so, while an ongoing mastery of their analogue synths lends a flush of wide-eyed man/machine pop potential. Harks to early Factory and 4AD releases with reverbed shivers of Vinny Riley-ish guitar and drowned vocals.

1 Sentimental Journey 7
2 Lament For Klaus Kinski
3 Life As A Secret Agent Is Over
4 Burp Boogie, Burp Boogie
5 In The Days Of The Burning Guitar
6 It Is The Nobel Prize I Want. It's Worth $400.000
7 We Need A Painting, Not A Frame
8 Yellow Mountain Fur Peak